Here’s what we’re reading this week from the world of insurance and insurtech. This week’s edition provides perspective on Asian markets, the omni channel experience, the Innovator’s Dilemma, the ROI of RPA, and the relationship between insurtechs and insurers. 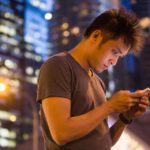 “Several factors account for this. Insurance penetration is low compared to the West, which means room for growth, whereas e-commerce penetration is higher than in countries like the U.S. People in China and SEA are more inclined to shop online, so they are open to buying insurance that way-and they’re not locked into “legacy” insurance products from big, old, offline firms to the extent that most Westerners are. Insurtech companies are freer to set new standards for how insurance is packaged and sold, in the same sense that it’s easier to build a new state-of-the-art subway system than to upgrade New York City lines built in the early 1900s.” –Vinnie Lauria, Founding Partner, Golden Gate Ventures 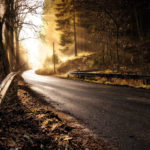 A recent travel debacle inspired Mark Breading to relate his experience there with the expectations of insurance consumers.

“As the world becomes more digital and more connected, the frequency of interactions with customers will increase dramatically. Smart homes/buildings, wearable devices, connected vehicles and other rapidly emerging solutions offer great potential for the insurance industry. However, one implication is that the omni-channel environment will become even more complex, and the demands for real-time actions will increase. Imagine reacting to an alert from a smart home device regarding an overflowing sump pump. Not only is quick action required, it must also be synchronized with the homeowner’s app and any phone calls to or from agents or the insurer. Communicating frequently with customers to partner in risk management, improved health and well-being and financial management is the future of the industry. And those customers will want to communicate in every way imaginable (including talking to live human beings).” –Mark Breading, Partner, Strategy Meets Action 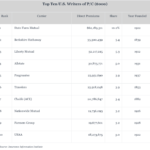 Tom Bobrowski takes a look at the disruptors to the US Insurance Market and makes some predictions.

“According to McKinsey, of the $4.4 billion that’s been invested in InsurTech over the last three years, 91% is aimed at helping Big Insurance, and only 9% at beating Big Insurance. Successful startups such as Metromile (auto insurance) and Lemonade (renters insurance) sure have the look and feel of long-term revenue disruptors, but the fact is InsurTech premiums as a percentage of total US premiums will be microscopic this year, less than one percent.” –Tom Bobrowski, Head of North America, The Digital Insurer 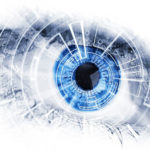 It’s Prime Time for RPA, According to EY’s Rob Dietz

Implementing RPA across the claims process provides an opportunity for insurers to enhance accuracy, efficiency, and customer satisfaction. After explaining RPA (robotic process automation) and some of its characteristics, he provides guidance on implementation, next steps, and lessons learned.

“RPA involves the use of virtual workers, or software robots, to perform business tasks similar to human users. The main appeal for insurers is the ability to handle high-volume and complex data actions at exponentially greater speed than in the past.”

RPA is also notably flexible, which makes it both business-enabling and IT-friendly. It can be deployed alone or with other technologies across the claims value chain.

“A significant number of insurers have already implemented robotics, though few have done so at scale. ROI cycles for RPA can usually be measured in months rather than years. Most early adopters start with multiple functional “pilots” or proofs of concept that are completed in as little as 30 to 60 days. Broader, first-generation programs may take six to 12 months.” –Rob Dietz, Principal, Ernst & Young Advisory Services 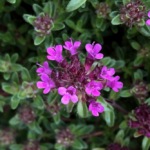 Partnership between Insurtechs and Insurers is in Full Bloom

Gartner’s Jeff Haner analyzes the impact of insurtechs on P&C core platforms. Instead of the former supplanting the latter, he suggests the two have a symbiotic relationship.

“Leading P&C core platform vendors are now actively recruiting insurtechs as ecosystem partners, integrating them with their core platforms, and providing venues (such as accelerator libraries or app stores) to make insurtech offerings available to their customers. This is giving insurance leaders who want to pursue new business models and emerging technologies an easier means of identifying and deploying new capabilities. As a growing number of core platforms are being deployed to the cloud, some vendors are beginning to offer managed integrations in which the vendor shoulders the burden of maintaining these integrations and to ensure they stay intact through ongoing maintenance and upgrades.” –Jeff Haner, Research Director, Gartner Global Insurance Industry Research

PrevPreviousIt’s Prime Time for RPA, According to EY’s Rob Dietz
Nextfour for the week – vol 1Next

Twitter
Linkedin
We use cookies on our website to give you the most relevant experience by remembering your preferences and repeat visits. By clicking “Accept All”, you consent to the use of ALL the cookies. However, you may visit "Cookie Settings" to provide a controlled consent.
Cookie SettingsAccept All
Manage consent